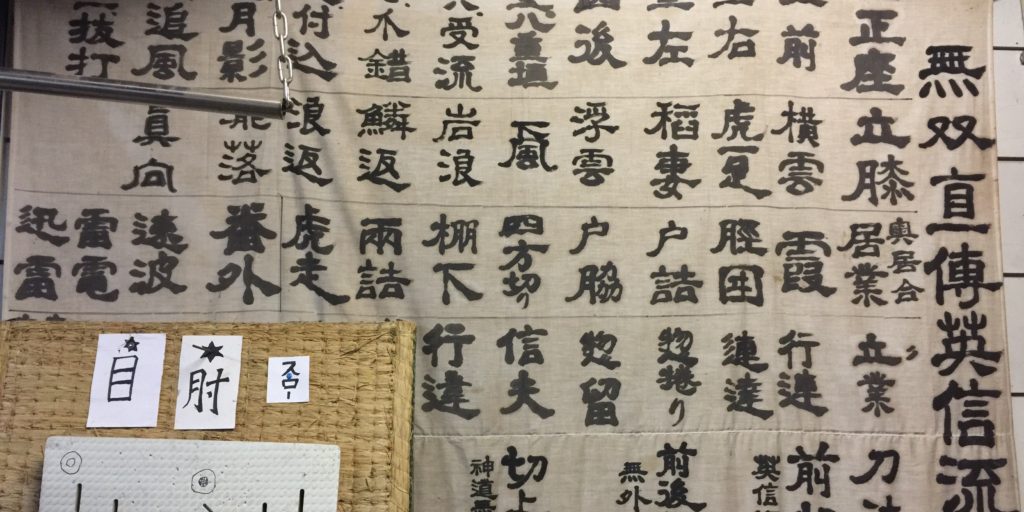 Iaido was founded by Shigenobu Hayashizaki, a person of Oshu Hayashizaki (Murayama City, Yamagata Prefecture, That place is the only place in Japan where Iaido Shrine is located). It was very useful as a martial art, so it was adopted widely in martial arts in general, and it is a sword skill which is transmitted to the present after 400 years since.

We train to be able to use swords and bodies freely at any time,while sitting, standing, and walking. Even if we would be attacked suddenly, we would immediately respond to the attack, swordsmanship to defeat the enemy like a lightning fire in a flash.

The spirit of Iaido
Since ancient times, it is said that “Iaido is not aimed at killing people, but aiming to make people live.” In Iaido, it is considered most important to train “inside the sheath”, that is, training the mind together with doing the sword and training the body.
In other words, it is taught that the ultimate purpose of training Iaido is to train personality and pursue “harmony”.

In the Art of War (military text by Sun Tzu, 512 BCE), “It is better not to win 100 times in the 100th round but win better without fighting” is taught.
Also in Iido’s Waka, It is being sung that, “Do not be cut by people, do not cut people, just accept them gently and to win”.

Indeed, it can be said that this song read the spirit of “Thoughts of Sun Tzu”.